Credit to yai_sea_ball on IG!

“The name’s Shikanoin Heizou, the sharpest and most successful detective of the Tenryou Commission… Ooh, my goodness, life’s really put you through the wringer recently, hasn’t it? I can tell. Here, why don’t you take a seat, tell me the whole story.”

Explanation of terms used (in context of this guide)

Heizou is a 4* Anemo Catalyst whose flexibility allows him to fulfill various roles as an on-field driver or a supportive quickswap DPS. Though Heizou is often overshadowed by his highly popular 5* Anemo boy counterparts, he possesses a highly unique and effective kit making him a strong addition to many rosters. Whether it be detective work or practical gameplay, knowledge is power; this guide seeks to instruct players on how to best optimize Heizou’s kit.

Plunging Attack
Calling upon the surging wind, Heizou plunges towards the ground from mid-air, damaging all opponents in his path. Deals AoE Anemo DMG upon impact with the ground.

Hold
Charges energy to unleash an even stronger blow. Heizou will obtain the Declension effect while charging, which will increase the power of the Heartstopper Strike. When the skill button is released or the skill duration ends, he will strike forward, dealing Anemo DMG.

The main source of Heizou’s damage when utilizing an Attack Damage CRIT (ADC) build. His Skill can be held to gain Declension stacks, although this is not recommended as it consumes valuable rotation time and these stacks can also be attained otherwise via his A1.

Leaps into the air and uses the Fudou Style Vacuum Slugger and kicks his opponent. The Vacuum Slugger will explode upon hit and create an Arresting Windtunnel that pulls in nearby objects and opponents, dealing AoE Anemo DMG.

Fudou Style Vacuum Slugger can afflict a maximum of four enemies with the Windmuster Iris. A single enemy cannot be afflicted by Irises of different elemental types at the same time.

Heizou’s Elemental Burst accounts for a significant portion of his damage, and, unlike the majority of his kit, it can be used from a distance. This is also his only source of grouping, although only noticeable at C2. His Elemental Burst has a low cooldown and Energy cost (12s cooldown, 40 Energy cost), allowing him to spam it in a quickswap team.

When Shikanoin Heizou activates a Swirl reaction while on the field, he will gain 1 Declension stack for Heartstopper Strike. This effect can be triggered every 0.1s.

The only part of Heizou’s kit that has any supportive capabilities aside from being able to utilize Viridescent Venerer (VV) and various supportive weapons. This Ascension is useful for Electro-Charged or Vaporize teams where the extra Elemental Mastery (EM) can be utilized.

Decreases sprinting Stamina consumption for your own party members by 20%. Not stackable with Passive Talents that provide the exact same effects.

The only utility passive with notable combat applications due to its Stamina conservation. Always helpful to have.

Preface:
Heizou’s Constellations are not needed when using him as a quickswap Viridescent Venerer support or as a Swirl driver, and he is fully functional at C0. However, they do improve his personal damage significantly, increasing his value on ADC builds, and provide other utility that can be valuable at times. The raw DPS value of some of his Constellations can therefore be hard to evaluate, due to their importance varying on both his team and the content faced.

For 5s after Shikanoin Heizou takes the field, his Normal Attack SPD is increased by 15%. He also gains 1 Declension stack for Heartstopper Strike. This effect can be triggered once every 10s.

Nice to have quality of life Constellation, allowing Heizou to achieve maximum stacks within the first rotation. This Constellation will also shorten the rotation if performing a rotation containing 2 max Skill charges.

The pull effect of the Arresting Windtunnel created by Windmuster Kick is enhanced, and its duration is increased to 1s.

Grants Heizou the ability to noticeably group enemies. Even with this Constellation, Heizou’s grouping isn’t as powerful as other Anemo units like Sucrose, Kazuha, or Venti.

Increases the Level of Heartstopper Strike by 3.

Useful within low-Energy generation teams or where Heizou only performs one Skill per rotation, drastically lowering the amount of Energy Recharge required. In other cases, the value of this Constellation is low or sometimes negligible.

Increases the Level of Windmuster Kick by 3.

Although not as significant as his C3, the additional Burst Talent Levels are appreciated.

Greatly increases Heizou’s personal damage due to the generous amount of CRIT stats it provides.

Heizou’s two primary and most effective playstyles are Quickswap and Driver. Let’s dive into how each playstyle works and how to use his kit for each.

Quickswap Heizou swaps in to apply relevant buffs and deal a significant amount of damage with his Talents, then swaps out to allow other units to deal the majority of the team’s damage. In this case, you’ll almost always go with an Attack Damage CRIT build (ADC), which includes an Attack Sands, Anemo Goblet, and CRIT Rate/DMG Circlet. The goal of the quickswap playstyle is to use Heizou’s skill with maximum Declension stacks and then quickly swap off.

There are two combos to get Heizou to max stacks: N1CQE (N1QE for C1 and above) and 2N1CE (N1CE for C1 and above). The former is preferable when his Burst is available, while the latter is preferable when it is not. It can also be beneficial to use Heizou’s Skill earlier in the combo so that he can collect the particles it generates more easily—however, if you do use his Skill earlier in the combo, make sure to consistently use it earlier in subsequent rotations. If Heizou is used alongside characters whose effects trigger on using Normal Attacks (e.g. Xingqiu, Yelan), these combos can be further optimized by weaving N1s between various parts of the combo. The given combos will generally not give Heizou max stacks for his first Skill use in a chamber—this can be compensated by adding an additional N1C before the Skill, but it is not necessary.

While combos are not needed for this playstyle and will usually depend on the rotation, N4C is the most effective and should be used for Electro-Charged teams due to its high Swirl rate and reasonably good value for driving off-field units. If Heizou is being used with Beidou, N2D becomes the most optimal if maximizing Stormbreaker triggers. If a shorter combo is necessary in situations where rotation timing is tight, N2C can also be used and is similar to N4C in performance.

Heizou has a plethora of weapons at his disposal, some of which increase personal damage, while others increase team damage. What kind of weapon he prefers varies based on multiple factors, including but not limited to his teammates, investment, and Constellations unlocked.

For a quickswap playstyle, Heizou will almost always prefer supportive weapons at lower investments. TTDS is the prime candidate for this, particularly if only one teammate is contributing most of the team’s damage. However, at higher investments and Constellations, this gap tends to close—choosing Heizou’s weapon to benefit his personal damage becomes much more viable and often equally competitive.

As a reaction-based EM driver, Heizou will generally almost always use supportive weapon choices such as Hakushin Ring, Prototype Amber or TTDS. This is due to the weapon stats being much less relevant due to a large part of Heizou’s damage coming from reactions, making buffing teammates more effective. Nonetheless, weapons with EM substats will still tend to serve him well.

Assumptions:
KQMC standards for substat distribution
Calculated with the combo N1CQE > 2N1C E, with both skills having 4 Declension stacks
Buffed calcs assume +1071 Flat Attack and +20% ATK on N1CQE attack string, with a flat +25% ATK across all attack strings from Pyro Resonance
The Widsith is averaged based on the different note buffs and buff scenarios across 3 rotations

EM builds focus primarily on EM stats. Hence, the weapons are mainly gauged by the amount of EM stat value they supply, as well as their accessibility and—if applicable—other benefits such as buffs.

Support weapons are NOT ranked in the table. Rather, the table should be looked at as a list of weapon options for Heizou as a support for players to pick from given the positives and negatives of using each of the weapons.

Heizou vs Sucrose vs Kazuha 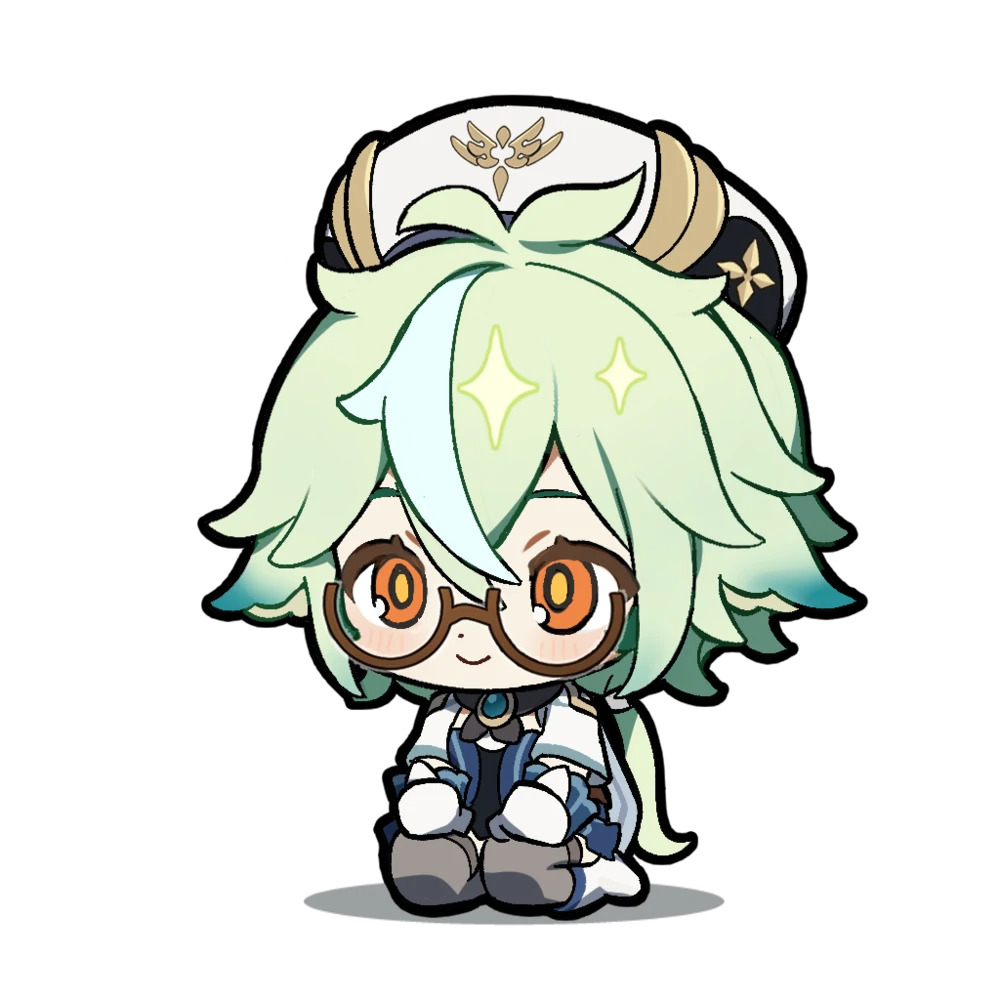 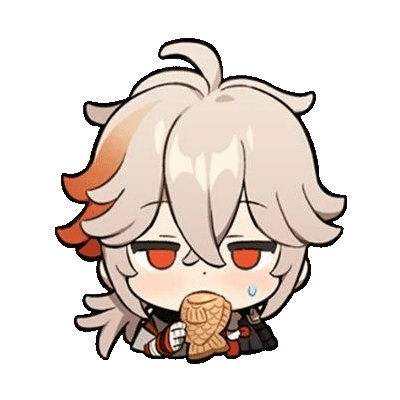 As an Anemo Catalyst user with an EM buff from his A4, it is difficult to talk about Heizou’s teams and use cases without discussing how he compares to other popular Anemo buffers—particularly Sucrose and, to a lesser extent, Kazuha too. It is worth noting that despite their strengths and shortcomings over each other, Anemo buffers are generally invaluable; having multiple of them is always advantageous.

In summary, Heizou mostly serves as a sidegrade to Sucrose. The table below summarizes the differences between them. However, it is recommended to read the write-up below for a more comprehensive analysis.

As a quickswap VV support, Sucrose’s main advantages are her lower field time and much larger buff when invested in. However, in numerous team compositions, Heizou compensates for this with his own personal damage.

There are a few nuances to using Sucrose, namely:

Overall, Sucrose will generally be a slightly better choice in teams using Amplifying and especially Additive Reactions due to her advantages. That said, it can vary in reality, with the difference often depending on the team, and also the investment levels of not only Heizou and Sucrose but also their teammates. One exception to this is in Xiangling teams, where Guoba Swirls give Sucrose an uncontested advantage. While Heizou is an undeniable step up from Sucrose in Freeze teams, serving as a strong low rarity Anemo option, other units often outdo both Heizou and Sucrose in this role.

As an on-field EM driver, they are still mostly comparable with only minor playstyle differences between them. Heizou’s Normal Attack strings are mostly more fluid, while possessing a lower Stamina cost Charged Attack—this enables him to drive units like Beidou slightly better without difficult combos, while also being less Stamina-intensive. That said, Sucrose’s range can allow her to be a better option in practice as players would not need to worry about missing her Normal Attacks. Furthermore, her AoE on her Charged Attacks in combination with her Burst capacitates her to trigger more Reactions in certain situations.

It is worth noting that due to Heizou’s personal damage, buffs, and further supportive capabilities through VV and potentially his weapon choice, he is extremely versatile and can fit on a wide variety of teams. The following list of archetypes is not exhaustive. Instead, they are meant to illustrate some of the teams Heizou fits most comfortably in and how he can be used.

(Faded characters have further caveats for their use)
The top left of Yanfei’s icon indicates what her role is; the sword implies that she’s an on-field DPS while the shield means she’s built as a shield bot—Yanfei can only fulfill this role at C4+.

Thank you for reading this guide! I hope it has solved the mysteries of our favorite detective so that you can use him to his fullest potential. While he might share a role with his supportive Anemo brethren, Heizou more than differentiates himself with his unique kit and it was a pleasure to delve into it. For any questions or concerns, feel free to contact me at Cuzimori#1535.

For transcribing the guide, thanks to:
pai#3602

And further thanks to everyone in KQM for making this guide possible!

© All rights reserved by Hoyoverse. Other properties belong to their respective owners.