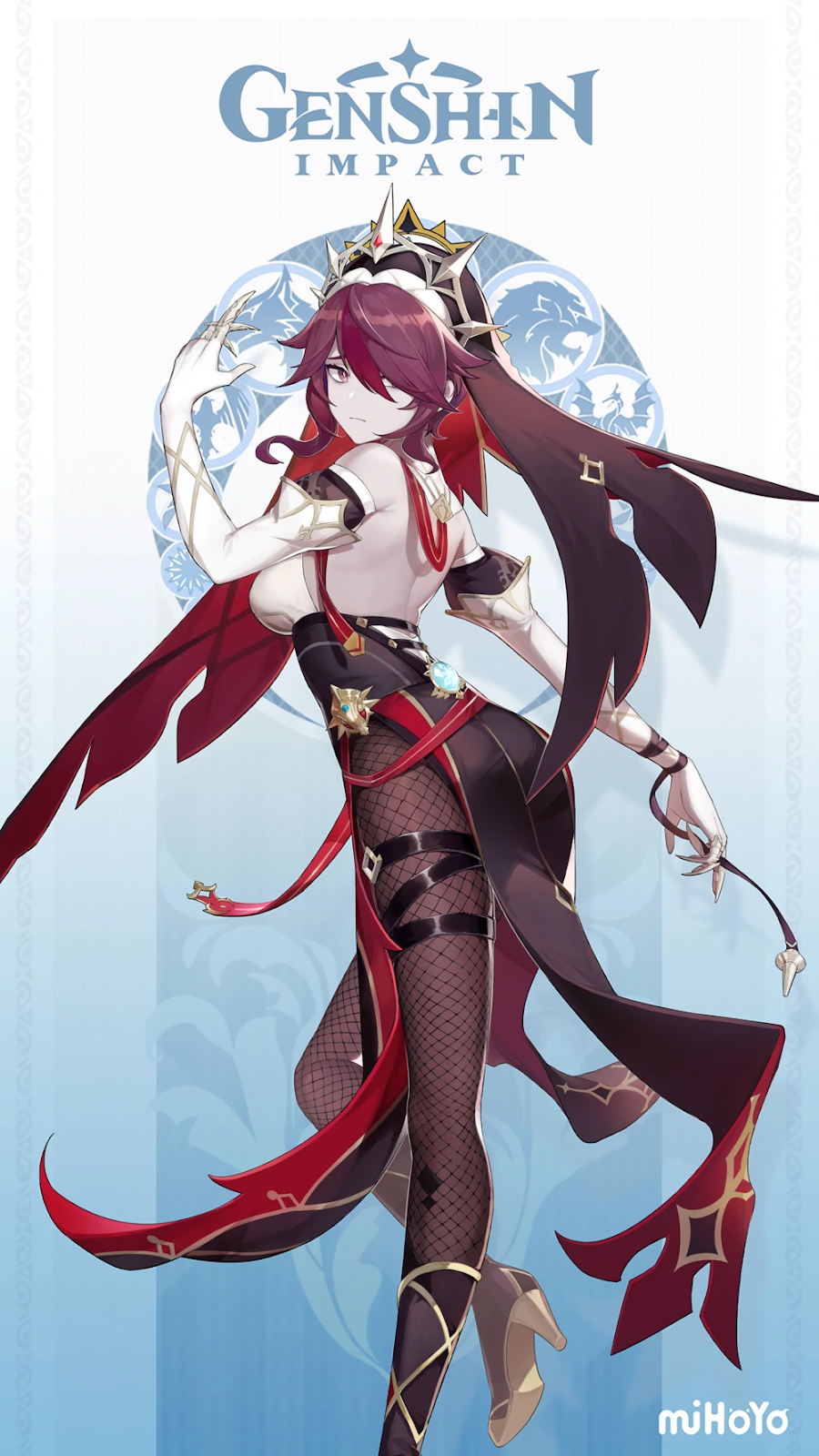 “Rosaria, a sister in Mondstadt’s Church of Favonius.

A sister of the church, though you wouldn’t know it if it weren’t for her attire. An unusual woman with sharp, piercing words and a cold manner.

Her movements are unpredictable. She often leaves without notifying anyone. She acts with some kind of purpose, but others don’t seem to know exactly what she stands for…”

Rosaria is a 4-star Cryo Polearm user that is capable of dishing out 1-to-1 damage and while offensively supporting her teammates. Her elemental skill applies quick cryo application with backstab crit stat bonus, while her burst applies constant cryo element and passing down the crit rate she has accumulated

Whether as a physical DPS role, cryo DPS role, critical support, sub-dps cryo, Rosaria will have a place in a great number of team compositions. Her passive increasing movement speed at night helping exploration  is just the cherry on top.

However, Rosaria herself has some consistency issues trying to utilize every talent passive and positioning when trying to deal with enemies from various sizes. In addition, her attack animations are relatively clunky, as per polearm users tend to be.

Normal and Charged Attack: Spear of the Church:

Rosaria’s basic attack. A 5-hit combo and a dash charge attack that doesn’t deviate too far from the rest of the polearm users

Rosaria’s elemental skill is one of the very few instant gap-closer skills in the game. Rosaria will immediately position herself behind an enemy, then hits the enemy twice in Cryo DMG. However, this skill has an issue with the dash distance through enemies as larger size enemies cannot be dashed through.

Rosaria’s burst starts with a single wide swing, swiftly followed by an incoming crush of a large Ice Lances. Both dealing Cryo DMG.

When Rosaria strikes an opponent from behind using Ravaging Confession (Elemental Skill), Rosaria gains 12% CRIT rate for 5s. Despite the short duration, this passive will gain more synergy with the 4th Ascension Passive

Casting Rites of Termination (Elemental Burst) will increase CRIT rate of all party members (except Rosaria herself) by 15% of Rosaria’s CRIT rate by 10s. The limit of CRIT rate passdown is 15%.

Couple of things to note is that the limitation CRIT rate buff means Rosaria herself only needs 100% CRIT rate before exceeding the value. In addition, any CRIT rate she receives herself (Food, Hu Tao, etc) will be stacked with the 4th Ascension Passive.

When Rosaria deals a CRIT hit, her ATK SPD increases by 10% and her normal attack DMG increases by 10% for 4s. This constellation pushes players to go for a more CRIT centric build and add a little bit more to the overall DMG

The duration of Ice Lance created by Rites of Termination (Elemental Burst) increased by 4s. This means Rosaria’s Ice Lance gets 2 more pulses, leaving more reaction opportunities when applied with another element.

Increases the level of Ravaging Confession (Elemental Skill) by 3. This is just additional talent level up for the skill, nothing special

Ravaging Confession (Elemental Skill) CRIT hits regenerate 5 energy for Rosaria. However, only triggers once per skill. This opens up Rosaria’s potential as a Cryo battery for other Cryo DPS.

Increases the level of Rites of Termination (Elemental Burst) by 3. This merely just increases the DMG of the pulse and the initial attack

Rosaria, as mentioned above, is noted more of how versatile and flexible she is than a single-filled role. So far there have been 4 different discovered variants of Rosaria’s build.
Please note that team comps suggested below are examples/recommendations, not the “de facto” optimal comps. Rosaria is a very flexible character, let your creativity figure out how you want to fit your playstyle if these recommendations do not suit you.

If there is one way to describe Rosaria, is that she is a newer and hotter Kaeya. In fact, they are near interchangeable in most compositions, with negligible and edge cases differences that do not hamper their composition function nor win condition. However, if you care about optimum, here are the differences between the two that can help you choose which one fits your comp better:

One role where Rosaria overtakes Kaeya is as a Reverse Melt (Amp) Quickswap/Burst Unit. At C0, she competitively trails behind Kaeya as the second best 4* Cryo unit for Reverse Melt damage on a single target, and at C2 she outperforms him in both situations.

Once you factor in that getting a Kaeya C2 is much harder than getting Rosaria C2, as well as getting maximum duration on Kaeya C2 is not realistically reliable, Rosaria is a very strong candidate for a cheap and strong amp build. Her Burst ticks having a 2s interval make micromanaging melt times a fairly mundane task, and her 30 particles/min self-energy generation means she can ult off cooldown consistently. 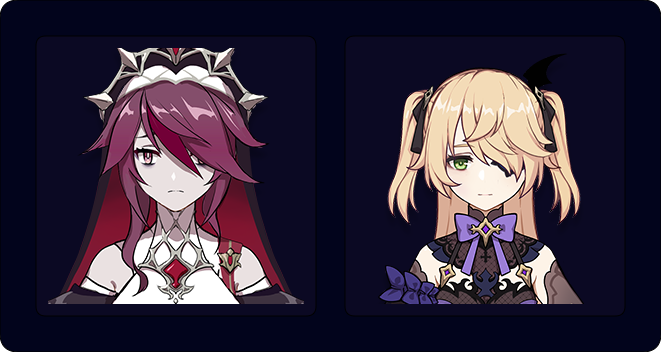 Another polearm unit that can use Crescent Pike makes it on the list as a serviceable Physical carry. However, unlike Zhongli and Xiangling, which has very strong multihits normal attack chains that makes them excellent Pike users, Rosaria lack the multihits in her attack combos to use Pike to its full potential. She makes up for it though, with very good motion value (MV/s) on her attacks, that allow her to compete with Xiangling and Zhongli.

For Rosaria, she has three options in normal attacks combo, with value depending on the situation you are in:

Generally, you would want to rotate between N1CD and N4CD, depending on your stamina levels to achieve a good balance between not running out of fuel and still dealing with good DPS.

Phys Rosaria, sadly, is her least valuable build, in terms of damage and utility. Down here are its Pros and Cons so you can decide for yourself if it is worth playing it.

Ever since the release of 4pc Blizzard Strayer, Permafreeze builds has been the staple cheap deeps build for many 4*, and even 5* units and Rosaria is not the exception. Being a Cryo unit, she has easy access to Cryo resonance when paired with another Cryo unit and Xingqiu to gain at least 55% Crit buff from Blizzard Strayer. Being a unit with a lot of split damage issues (even with Physical build, her damage distribution of Phys:Cryo is 55:45 !!!), the Chongyun variation of Freeze comp totally nullifies this and make her a surprisingly potent carry with very good personal on-field damage, although with the trade of lower team damage due to being forced to run Xingqiu. The Kaeya/Ganyu version of perma freeze is a more flexible option, but much less potent due to, again, split damage issues.

This build has a lot in common with Physical Rosaria, and the combos are identical, so it can be considered an upgrade over Phys Rosaria for those who want to auto attack a lot on her instead of playing around her Burst. However, it is a much safer variation, due to permafreeze CC.

Functioning around keeping as consistent Pyro aura as possible, this comp tries to melt Rosaria Elemental Skill and Burst, and if with Chongyun, her Charged Attacks. Rosaria Burst is very self sustainable, being able to melt all of her Burst ticks and has very good multipliers at C2 making it an ideal candidate to gear your damage towards. Having separate ICD on her CA from her NA makes setting up comps to melt every single part of her kit with Chongyun puts this comp generally as the highest personal DPS Rosaria comp, while also having access to decent team DPS with Xiangling.

One weakness this composition has is its paradoxical sustainability. If you do not run Chongyun with her, you generally want to play Rosaria as a Cryo Quickswap, drop her Burst, then funnel Xiangling to keep high uptime on her own Burst. However, the higher damage option with Chongyun means the field time is drastically allocated to Rosaria now, and Xiangling needs abnormally higher ER than usual to keep consistent Burst, and in return, Pyro aura uptime to make the comp work.

The Bennett here is C6, yes I know

This build pushes from reverse melt to max amplification with infusing Rosaria with the C6 Bennett Burst pyro infusion. Add Xingqiu to the mix and you can trigger multiple vaporize and melt situations, with Sucrose helping out with her Elemental Mastery pass down passive. This nets Rosaria a huge cut of damage than any other builds, yet it still greatly depends on how frequently Bennett is able to bring back his burst.

Rosaria’s Weapon choice depends greatly on what type of builds you wish to build. However, Rosaria has been shown to generally be better with CRIT-improving weapons as her talents benefit strongly from CRIT hits. If not, anything that increases her ATK or physical DMG bonus (If using Physical build) is the next go-to.